Anyone who has visited the Golden Isles or made it home learns quickly that we are known for two things immediately; peaches and the wild Georgia shrimp. While most people know about peach season, fewer know about the in’s and out’s of shrimp season. I had the opportunity to catch up with Aaron Wallace from Anchored Shrimp Company and talk about our local shrimp industry, the Anchored Shrimp business, and what that “Wild Georgia Shrimp” logo means!

The Anchored Shimp Co. isa  family owned and operated business is Brunswick. His dad, John, has almost 50 years of experience behind him working in the shrimp industry since he was 18 years old! Their main boat, “The Gale Force,” was hand crafted by John out of wood and named after his wife, Gale. Meeting at a shrimp processing plant, Gale is no stranger to the shrimping business herself. She has been part of the process since the beginning cleaning and even traveling out on the boat too.

So if you are anything like me you have noticed some restaurants have a “Wild Georgia Shrimp” logo on their menus or hanging in their restaurants. Aaron explained how any restaurant with that logo supports local fishermen. Wild Georgia Shrimp means that the shrimp was caught by a local Georgia fisherman in Georgia waters. They dock locally and the shrimp is processed at a facility in Georgia. That means all the money stays in the state which supports ourlocal economy. Only 20% of the United States domestic shrimp is caught in the Atlantic coast with the other 80% caught in the Gulf coast.

Unfortunately, the amount of people working in the shrimp industry is decreasing. The age of the boat captains and crew are allowing them to retire and few new people are taking their places which makes places like Anchored Shrimp Co. such an asset to local communities like ours!

Amount of Shrimp per pound:

When it gets too cold, like December and January, the shrimp bury themselves which means not much is coming in. However, Aaron has a solution for that! After hurricanes, in between cycles and when it’s too cold you can still get shrimp from Anchored Shrimp Co.!

Anchored is the only processing plant in Georgia that can do something called individual quick freeze. After shrimp is sifted through graders which separate them by size, they are frozen with liquid nitrogen.  This means you can enjoy wild Georgia shrimp all year long! You can also share with far away friends as Anchored can ship shrimp almost anywhere in the continental United States! 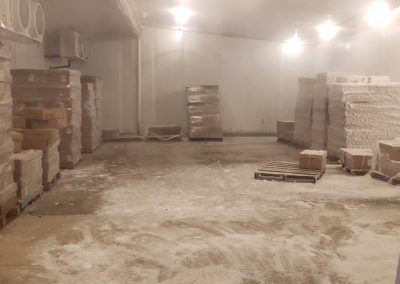 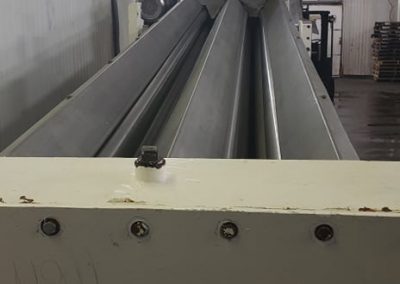 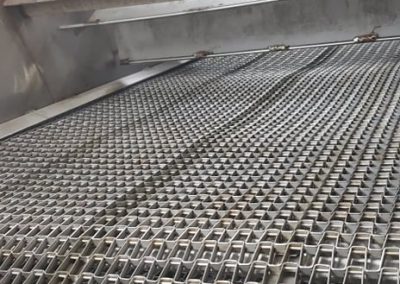 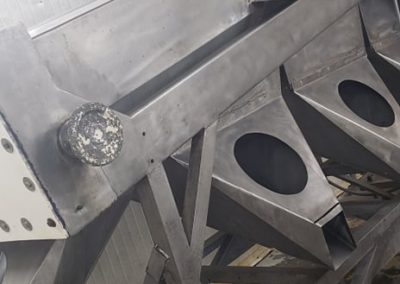 So how can you keep your shrimp fresh for whatever recipe you have? Aaron says to cook it on the first day or so when buying fresh. If you aren’t going to use it right away, buy some of their frozen. And if you’re wondering the best way to clean your shrimp, the $3 peel and deveiner they sell is a game changer!

Alright, alright, now the big question…how does a shrimp expert like to eat his shrimp? Fried! And if he’s not eating at home, you can find him munching on the dishes from The Half Shell on St. Simons  or The Love Shack inside Jekyll Island Market.

Thank you to Aaron and whole crew over at Anchored Shrimp Co.! Have a favorite shrimp dish? Let us know and you could be featured on the blog!

This error message is only visible to WordPress admins

Please go to the Instagram Feed settings page to create a feed.